Grenada’s Sabrina Francis & The Treehouse Band on tour in the UK, Germany and Switzerland

Grenadian singer/songwriter Sabrina Francis is touring with her new EP “Million Moments” in the UK, Germany and Switzerland

Despite the difficult conditions currently affecting travelling, Sabrina Francis is keen to get on the road again. After 6 months of planning, the band finally boarded a BA plane to London on Wednesday 3rd November. Travelling with her are Dieter Burkhalter (keyboards), Alesia Aird (guitar, backing vocals), Godson Browne (percussion, drums), Laura Lisa (backing vocals, percussion) and Jonathan Francis (backing vocals). Sabrina Francis & The Treehouse Band will be playing 9 shows throughout the UK, one show in Germany and 4 shows in Switzerland.

Sabrina Francis said before leaving: “We are taking a risk here because nothing is back to normal as yet. However, Europe seems to be heading in the right direction and I am really excited to get in front of a bigger crowd with all my new songs. Being vaccinated is of course paramount otherwise none of this would happen.”

In 2021 Sabrina Francis released 8 new songs which made it a very fruitful year and resulted in the new EP “Million Moments”. Although this is already her 5th tour in Europe there will be many new fans waiting for her. To play live for fans is ultimately the main goal for an artiste like Sabrina Francis. Nothing can replace the good vibes during a live show.

Laura Lisa Richardson will be the opening act for Sabrina Francis as she also has her very first EP “Good One” to showcase.

The Treehouse Band will be back just in time for two Christmas Treehouse Concerts on the 18th and 19th of December featuring Olivia Dean from the UK and a true artistic exchange between Grenada and the UK.

Sabrina Francis is with her music and especially with her feature song, “This is Home”, a natural ambassador for Grenada. She dares to hope that this tour could in some small way inspire and encourage European travellers to once again begin visiting Grenada. 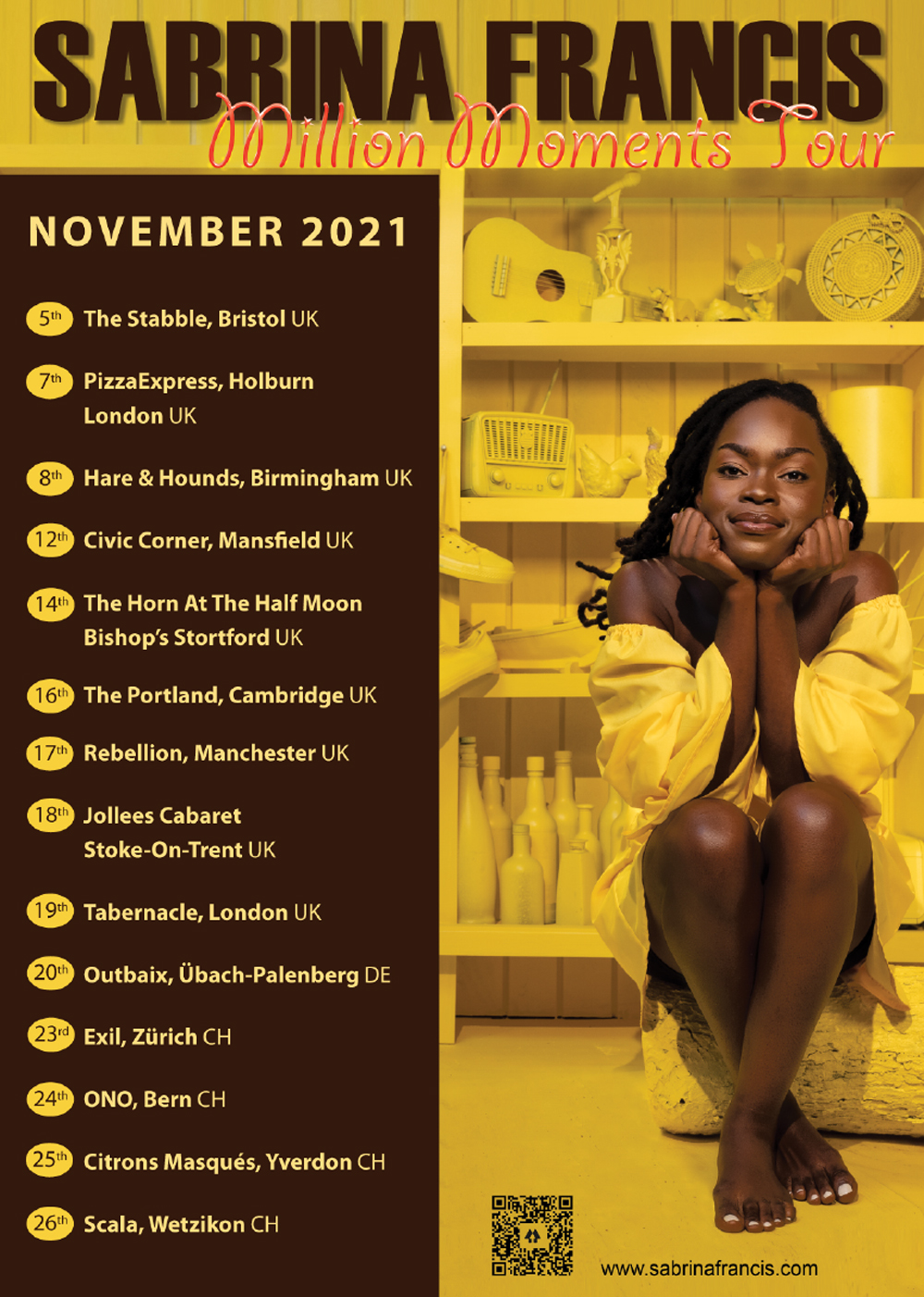 Grenadian singer/songwriter Sabrina Francis is touring with her new EP “Million Moments” in the UK, Germany and Switzerland