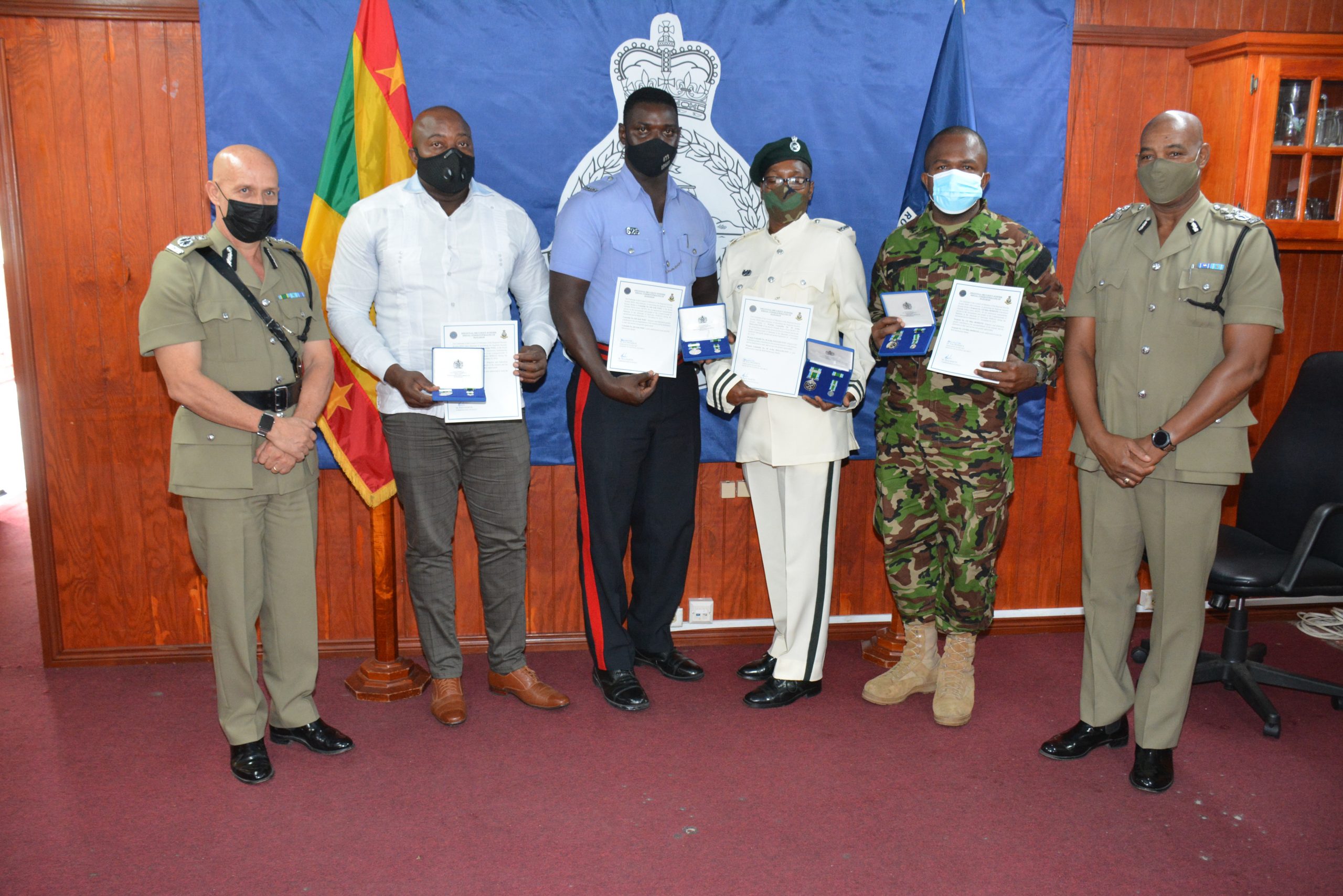 Five (5) officers of the Royal Grenada Police Force were awarded with Regional Security System Service Medals, for their service during the aftermath of Hurricane Dorian from September 23rd to November 3rd 2019.

These officers were recognized for their Meritorious Humanitarian Service to the Government and the people of the Commonwealth of the Bahamas in the aftermath of Hurricane Dorian.

The medals were presented by Miss Kim Frederick, Permanent Secretary in the Ministry of National Security.

Acting Commissioner of Police, have acknowledged and congratulated the officers on behalf of the Royal Grenada Police Force.