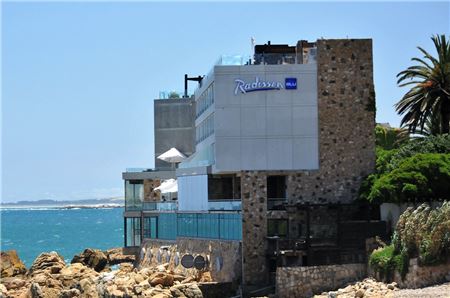 Travelmarketreport.com: The Radisson Hotel Group outlined plans to introduce six hotels across the Americas, joining its growing portfolio in the region. Formerly Carlson Rezidor Hotel Group, the expansion is part of the Minnesota-based hotel operator’s five-year plan, which kicked off last year.

Radisson RED is welcoming Radisson RED San Francisco Airport to its portfolio. The new-build hotel will feature 130 guest rooms, along with the brand’s restaurant, OUIBar + KTCHN; and a state-of-the-art fitness center. The hotel is expected to open in the fourth quarter of 2022.

Radisson Blu is opening its first hotel in the Caribbean. Radisson Blu Grenada Beach Resort is a conversion of a Radisson Hotel. The property will undergo an extensive renovation to become a Radisson Blu. Located on Spice Island just steps away from Grand Anse Beach, the hotel will feature 229 guest rooms and suites with beachfront rooms. There will be four on-site, island-themed restaurants; a pool with a waterfall and swim-up bar; vibrant gardens; and a dive shop and fitness center. The hotel is planning to reopen as a Radisson Blu in December 2020.

Currently under the Radisson flag, the Radisson Blu Hotel Fargo will undergo a conversion to offer all the upper upscale amenities and services of the Radisson Blu brand. The hotel will feature 151 guest rooms and suites; an on-site restaurant and lounge; and a fitness center with a whirlpool. Corporate functions and special events can be hosted within the hotel’s 5,000 square feet of flexible meeting space. It is anticipated to open in the first quarter of 2020.

Radisson Plaza Hotel Del Bosque will be located in the upscale San Isidro District, in the Lima Providence of Peru. The hotel will offer 95 guest rooms and suites. Guests can relax during their stay and enjoy the ninth-floor pool featuring stunning views of the city; an on-site restaurant and bar; fitness center; and a business center and a variety of meeting spaces. The hotel is planning to open this month.

Country Inn & Suites by Radisson, North Little Rock, Arkansas, is planning to open in the third quarter of this year. The hotel will undergo a $3 million renovation to feature the brand’s latest Generation 4 design concept, which includes a modern look-and-feel while providing all the comforts of home. Guests will have access to a complimentary breakfast; an on-site restaurant; a pool and fitness center; and a business center. The hotel will feature 141 guest rooms and suites.