Tropical Storm Watch continues to be in effect for Grenada At 5:00 pm, the center of Tropical Storm Dorian was located near latitude 12.7 north, longitude 58.8 west (approximately 175 miles east-northeast of Grenada). 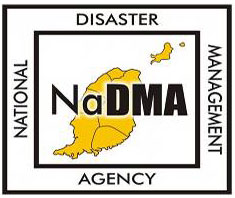 ADVISORY # 5: GRENADA IS CURRENTLY UNDER A TROPICAL STORM WATCH

Tropical Storm Watch continues to be in effect for Grenada
At 5:00 pm, the center of Tropical Storm Dorian was located near latitude 12.7 north, longitude 58.8 west (approximately 175 miles east-northeast of Grenada). Dorian is moving toward the west-northwest near 14 mph and this motion is expected to continue through Tuesday night, followed by a turn toward the northwest on Wednesday.

On the forecast track, the center of Dorian is expected to move near the Windward Islands this evening and tonight and move into the Eastern Caribbean Sea on Tuesday. Dorian is forecast to pass near or south of Puerto Rico on Wednesday and approach eastern Hispaniola Wednesday night.

Maximum sustained winds are near 60 mph with higher gusts. Some strengthening is forecast during the next few days, and Dorian could be near hurricane strength when it passes through the northern windward islands on Tuesday, and it is expected to be a hurricane when it moves near Puerto Rico and eastern Hispaniola. Tropical-storm-force winds extend outward up to 45 miles from the center. The estimated minimum central pressure is 1002 mb.

Surf: swells generated by Dorian will begin affecting portions of the Lesser Antilles tonight and continue into Tuesday. These swells could cause life-threatening surf and rip current conditions. The met office continues to closely monitor the progression of Dorian.

Dorian is expected to bring showers and thundershowers to the state of Grenada (mainly the northern parts) by Monday night into Tuesday. As such, the met office has issued a low chance of flooding for the northern part of the state by Tuesday morning.

Citizens are advised to closely follow the advisories issued by NaDMA and adopt all necessary measures to preserve life and property.

NaDMA together with the technical advice of the Meteorological office will continue to monitor Tropical Storm Dorian and update the public.