Marion Hall Responds To Spice, Announces She Is Done Preaching On Social Media 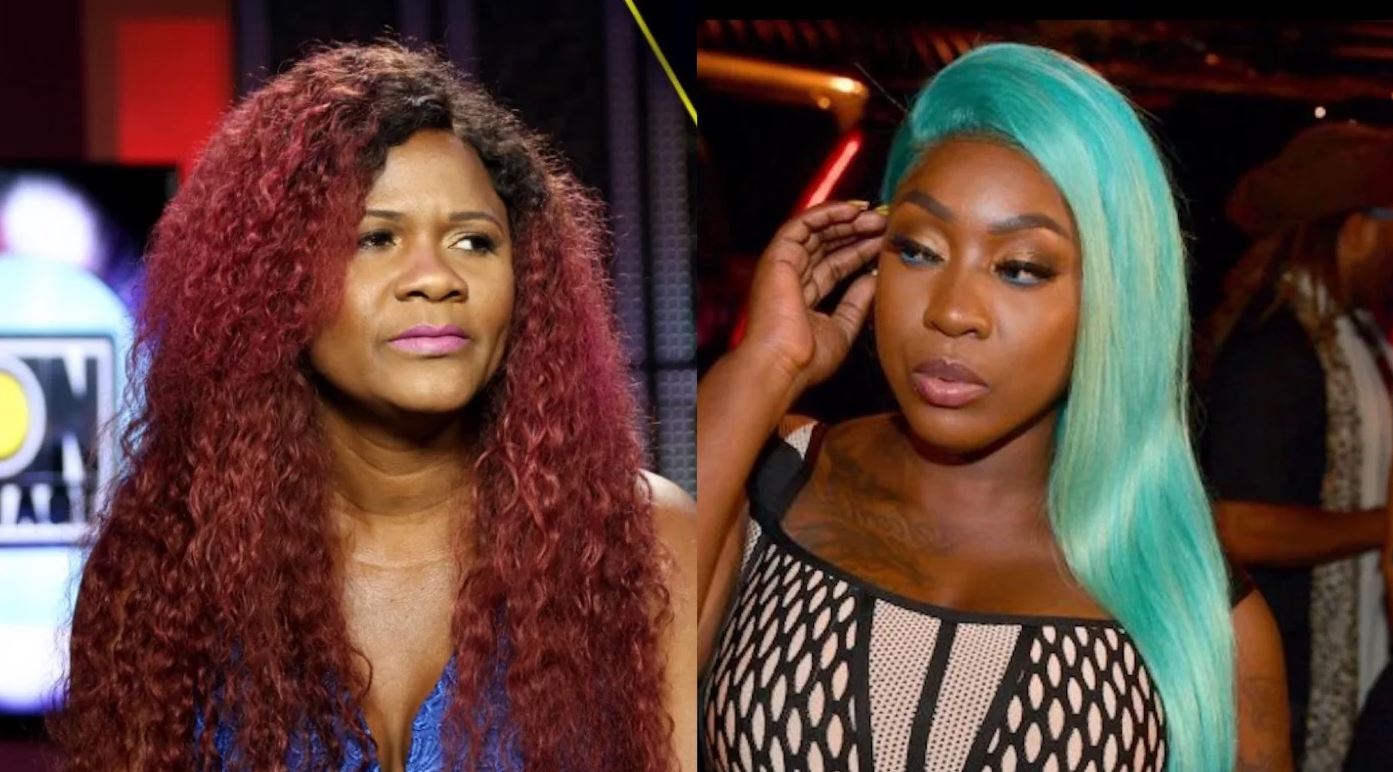 urbanislandz.com – Marion Hall says she is stepping away from her minister while taking parting shots at Spice while mentioning her children.

Clearly, Popcaan’s request for peace among the females in dancehall has gone awry, as Minister Marion Hall, previously known as Lady Saw, and Spice continued to trade words on social media.

Over the past couple of weeks, Minister Hall’s Sunday sermons have been the topic of discussion as she hurled figurative fire and brimstone at females in the dancehall. Her comments have angered many, including and excluding those who were name-dropped in her lengthy sermon.

Though the pushback from the likes of Jada Kingdom, Tanya Stephens, Macka Diamond, and Spice has been heavy, Hall has continued in her strong approach to weed out the wrongful and distasteful actions from the dancehall she once called her stomping ground.

Hall opened her recent sermon with tracks from her own collection. She explained that her track “Jesus In The End” was done to seek her God’s presence during her early days in music when she battled hate from fellow female entertainers. Using the scriptures as guidance, she shared that her plan to collaborate with Shenseea and reclaim a spot in dancehall is her way of infiltrating the misguided persons who listen to dancehall music.

Many have frowned upon her decision to speak on Spice’s names even at the request of the new and reigning Queen Of Dancehall. Hall gave her story behind the beef between her and Grace Hamilton [Spice].

“Do you know why me and blue haired Smurf is not friends?” she questioned. “She gon lie to you and say that I said her children black and ugly. I saved that baby…the girl when she didn’t want the child,” Hall said passionately.

“I said, “you see how hard I’m struggling to have a child and you want…,” seemingly imitating that Spice considered doing an abortion of her daughter. Spice is the mom of two kids, her eldest Nicholas Jr., born August 22, 2007, and her daughter Nicholatoy born January 21, 2011. Both were fathered by Spice’s longtime partner Nicholas Lall.

“I saved that child and that’s why she living. You said that I am your child’s Godmother, I am not her Godmother, because when I saw your behavior in real life, just brawling and dirty and it was not on a stage…I said I can’t be a part of this girl’s family, I am not going to be the Godmother,” Marion Hall revealed. “I lied to you and I told you I had something to do in America and I took a flight and went away. You took your friend and in front of God you had your friend sign to my name .”

Hall added that Spice’s baby father confided in her about other incidents that took place when they were together. “When you live in my house because you beat up the man baby mother who come to look for her baby and you bite her up,” Hall shared. “Them throw you out that place and I took you in.”

“Lall, your baby father is a good man,” she directed at Spice. “When the baby was in his pampers full a mess, you stand at the door and the baby crying “And you look around and say him better pickup dat. That man make nipple backle constantly, his him do it, not you. It’s since you make money, you starting acting like you is a good baby mother.”

She further highlighted other moves made by Lall why she considers him to be a good man. These included assisting Spice with promotions and providing physical support after her body enhancement surgeries. Spice and Lall ended their relationship in 2016. The two continue to battle things out on social media over various topics such as child visitation and financial support.

The Minister further spoke on the breakdown of how the 2011 single between Spice and Missy Elliot came about, hinting that the song was intentionally supposed to be done with her and not Spice. Hall revealed that there was an attempt from Spice’s team at VP Records to feature Marion Hall on Spice’s debut album 10. However, she turned the offer down. The album was released in August of last year.

“It’s the same thing I see my little sister Shenseea going down that’s why I reach out to her,” while explaining that the “Dolly” singer should not address matters with Spice since doing so would help to fuel the “Cool It” singer’s agenda to evict her from dancehall.

Spice has provided her own response to the Live shared by Hall by pointing out the difference between someone who goes to church and one who is true in their Christian faith.

“Todays scripture is Mathew 7 vrs 15 . Don’t forget that a Church goer is different from a Christian. I rather know who I am in the sight of God than fight for peoples love and attention. Once again you speak Malicious lies against me and my kids but now I know why God never bless you with None. What a mockery to God and a disgrace to the pulpit,” Spice wrote.

While recounting other incidents involving her and Spice, she said that Spice used heavy-handed approaches to get songs and riddims to be played at events. Further in her IG Live, she mentioned that Spice played a huge role in the ending of her friendship with Macka Diamond when they were tossed out of a hotel in England. She also denounced the decades-long rumor that she had hooked up with Spragga Benz, who was dating rapper Foxy Brown at the time. The beef with dancehall artiste Tifa was another one that was hashed out by Hall, who claims that Spice was at the heart of the fallout with the “Spell It Out” queen. In 2012 Tifa spoke out against rumors that she was in a relationship with Hall’s longtime partner music executive Jon Jon.

Marion Hall ending her ministry amid speculations she is returning to dancehall
On Tuesday, February 08, Hall shared that she would no longer be sharing her gospel with the members of her virtual congregation. Hall first started her Holy Ghost Pentecostal Church of Jesus Christ in early 2020 as she ministered to the friends and family members online.

“To all Christians and none Christians, who’s been coming up against me and my ministry. Congratulations on your mission to take me down. You’ve successfully done so,” she said. “I’ve decided to walk away from my calling, and will no longer be doing any preaching on any social media platform. May the lord forgive me.”

It’s unclear if the Minister will still address the core members of her church using other methods aside from IG Live public sessions held on social media.