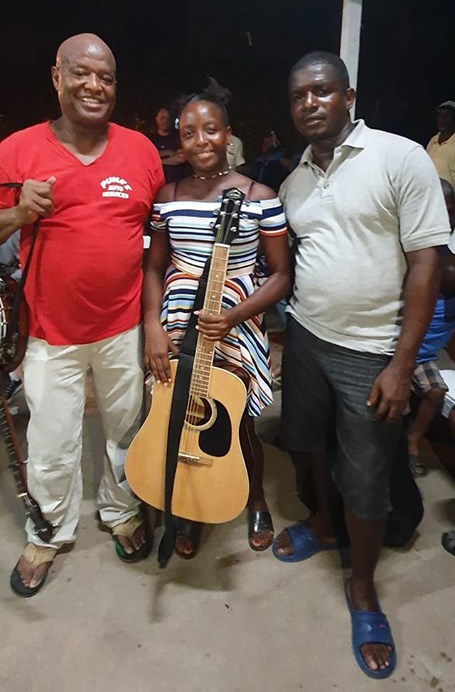 Hillsborough, Carriacou – November 4th, 2019: It is better to give than to receive and teach a man to catch a fish than to give him a fish.

Amongst that group of Students was Ms Alisha Williams from Mainland Grenada. Ms Williams who was on vacation in Carriacou at the time, heard of the training and decided to take advantage of the session to which she demonstrated her willingness to learn and excelled quickly.

On November 3rd, 2019, Mr. Desmond Stanislaus, a Kayak who resides in New York, while vacationing in Carriacou, took the opportunity to donate a guitar to Ms Williams towards the continuation of her studies.

Neal ‘Bassie’ Matheson a teacher from the Training session, during the handing over of the Guitar to Ms Williams, thanked Mr Stanislaus for his unwavering support to the group and wished Ms Williams the best in her endeavors. He also made a plea to Grenadians locally and those in the Diaspora to further support the group by donating Instruments and Strings so the training can continue.