13 September 2022: Grenada Electricity Services Ltd (GRENLEC) is discontinuing a temporary decrease in the non-fuel rate of electricity that is adversely impacting the Company.

This 25% decrease per kWh in the non-fuel charge across all customer categories was implemented in January 2022 to provide some relief to electricity customers.

Clive Hosten, Acting General Manager, noted, “While it was understood that the significant decrease would negatively impact the Company’s operations and finances, it was important to take some meaningful action to help customers”.

The rate reduction has lessened the severe impact of high electricity prices, which have been climbing since January 2021 because of increases in world fuel prices. Fuel charge to customers is currently at a record high 87 cents per kWh.

Acknowledging the gravity of the situation for the Company as well as customers, Hosten says the timing of the discontinuation of the 25% reduction cannot be further delayed. “Having given up 25% of its non-fuel revenue for 8-months, Grenlec can no longer sustain this decrease without severe consequences to its ability to maintain service standards”.

Notice is hereby given that effective 9 September 2022, the 25% reduced non-fuel rate has been discontinued.

The Company will bill usage prior to 9 September 2022 at the reduced temporary rate.

As the world energy crisis persists, marked by price increases in all sectors, Grenlec is appealing to customers to eliminate wastage and conserve electricity to help manage electricity bills.

For ease of reference, this chart shows the history of non-fuel charge movement over the last 10 years. 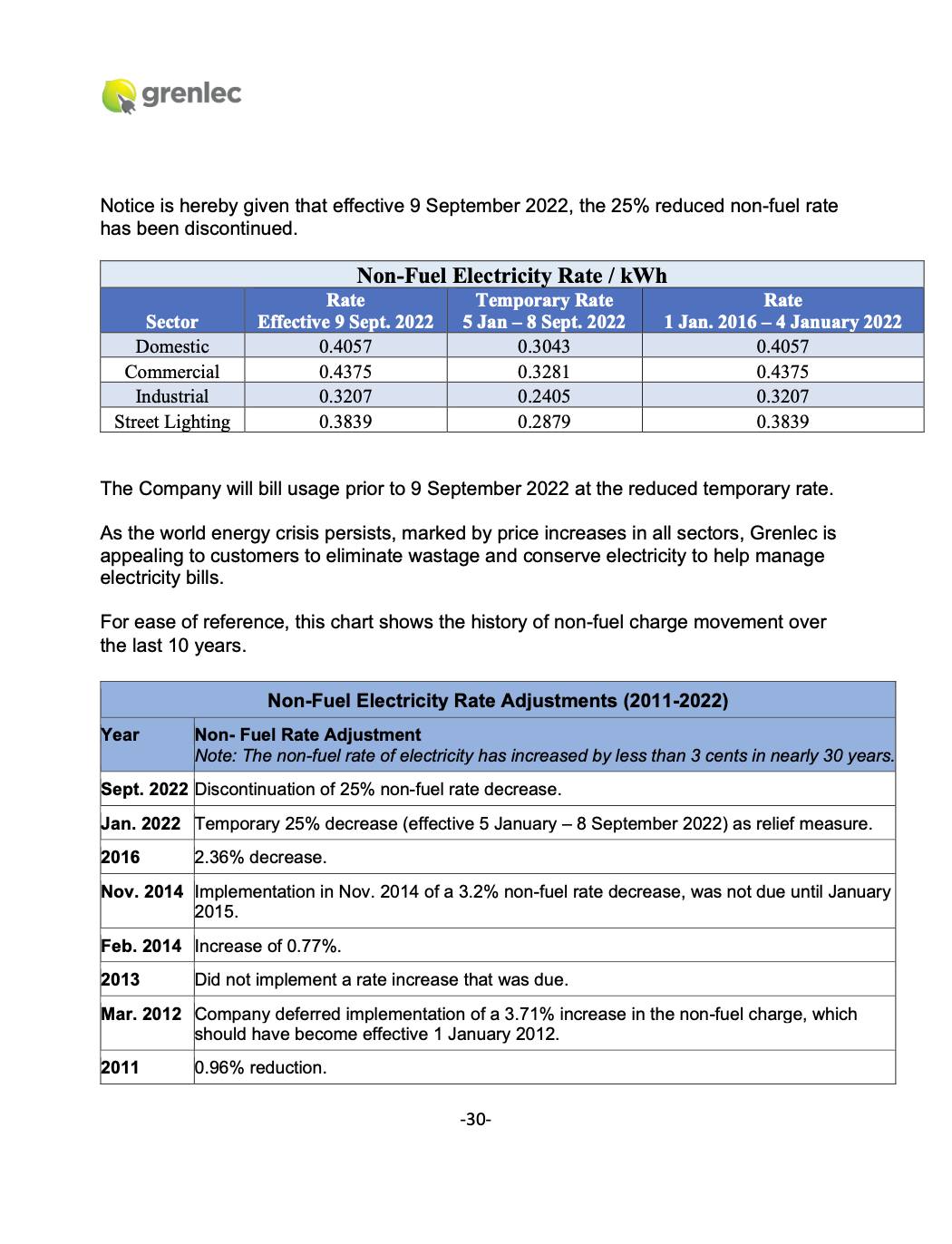 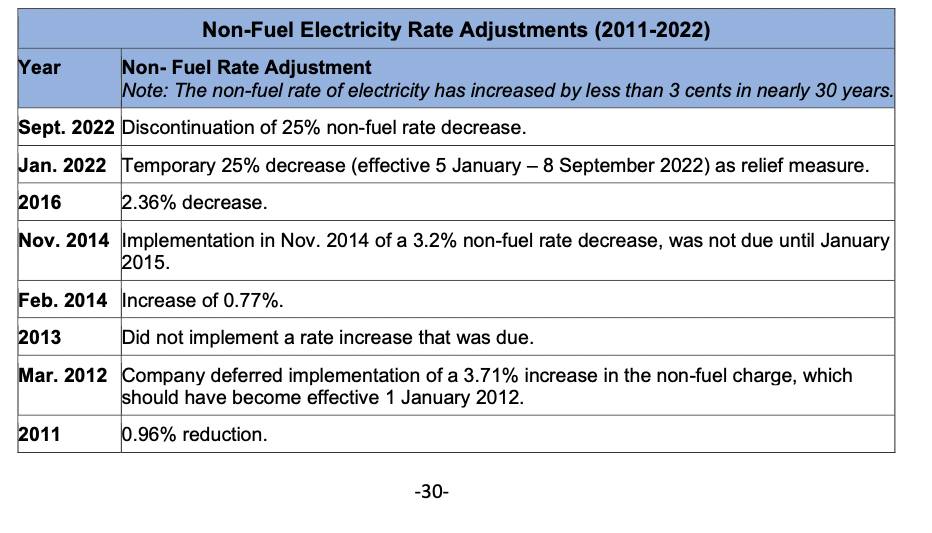