over one hundred and fifty persons joined the celebrations including, Cuban Government Officials, Cubans of Grenadian descent, Grenadian student studying in Cuba and friends of Grenada 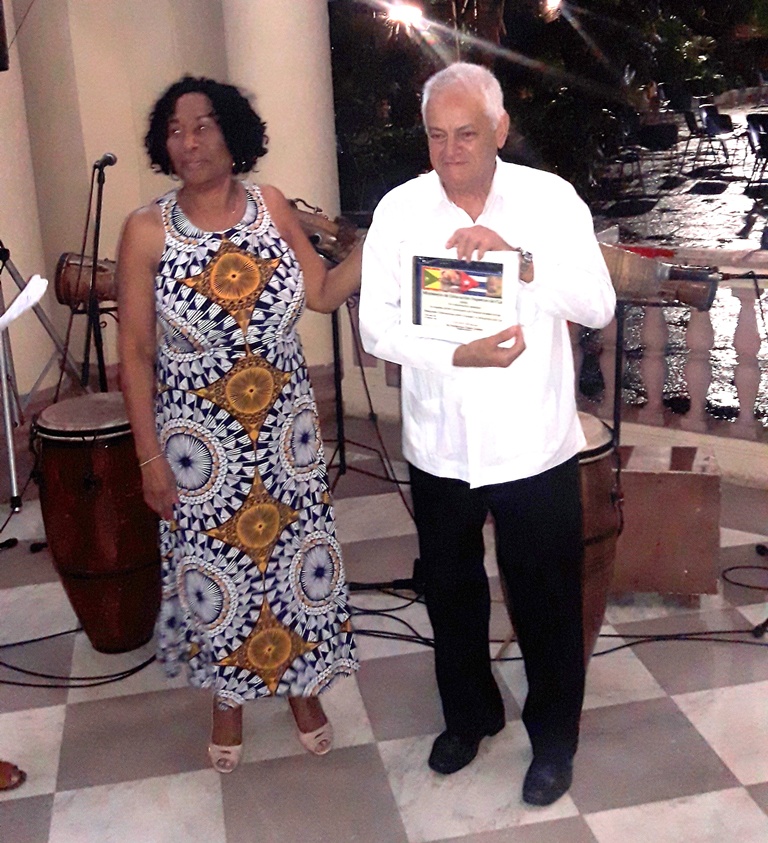 The event took place at the headquarters of the Instituto Cubano de Amistad con los Pueblos (ICAP). Just over one hundred and fifty persons joined the celebrations including, Cuban Government Officials, Cubans of Grenadian descent, Grenadian student studying in Cuba and friends of Grenada

Speeches were delivered by the representative of the Cuban Ministry of Foreign Affairs, Mr. Jorge Luis Mayo Fernandez and our resident Ambassador to Cuba, Her Excellency Claris Charles. Both Mr. Mayo Fernandez and Ambassador Charles expounded on the forty years of Friendship and solidarity between both countries. She reminded the audience of Cuba’s contribution to Grenada in many sphere of the economy and mentioned the building of our International Airport, General Hospital and the hundreds of scholarships given to our young people.

There were also cultural performances by a Cuban dance group and our Grenadian medical students of Escuela Latinoamericana de Medicina (ELAM).

In recognition of this landmark, awards of appreciation were given to various Cuban Ministries by Ambassador Charles on behalf of the Government and people of Grenada.

The following Institution and Ministries were awarded:

The activity concluded with a dinner and dance

Carnival: It’s not a pillow fight or garden party

NOW AVAILABLE – I AM MAS Merchandise