20th September, 2022: St. George’s: The Grenada Football Association (GFA) has released a fully local based squad ahead of the historic international friendly in Carriacou between Grenada and St. Vincent and the Grenadines on Saturday September 24 at the Lauriston Mini Stadium from 4pm. 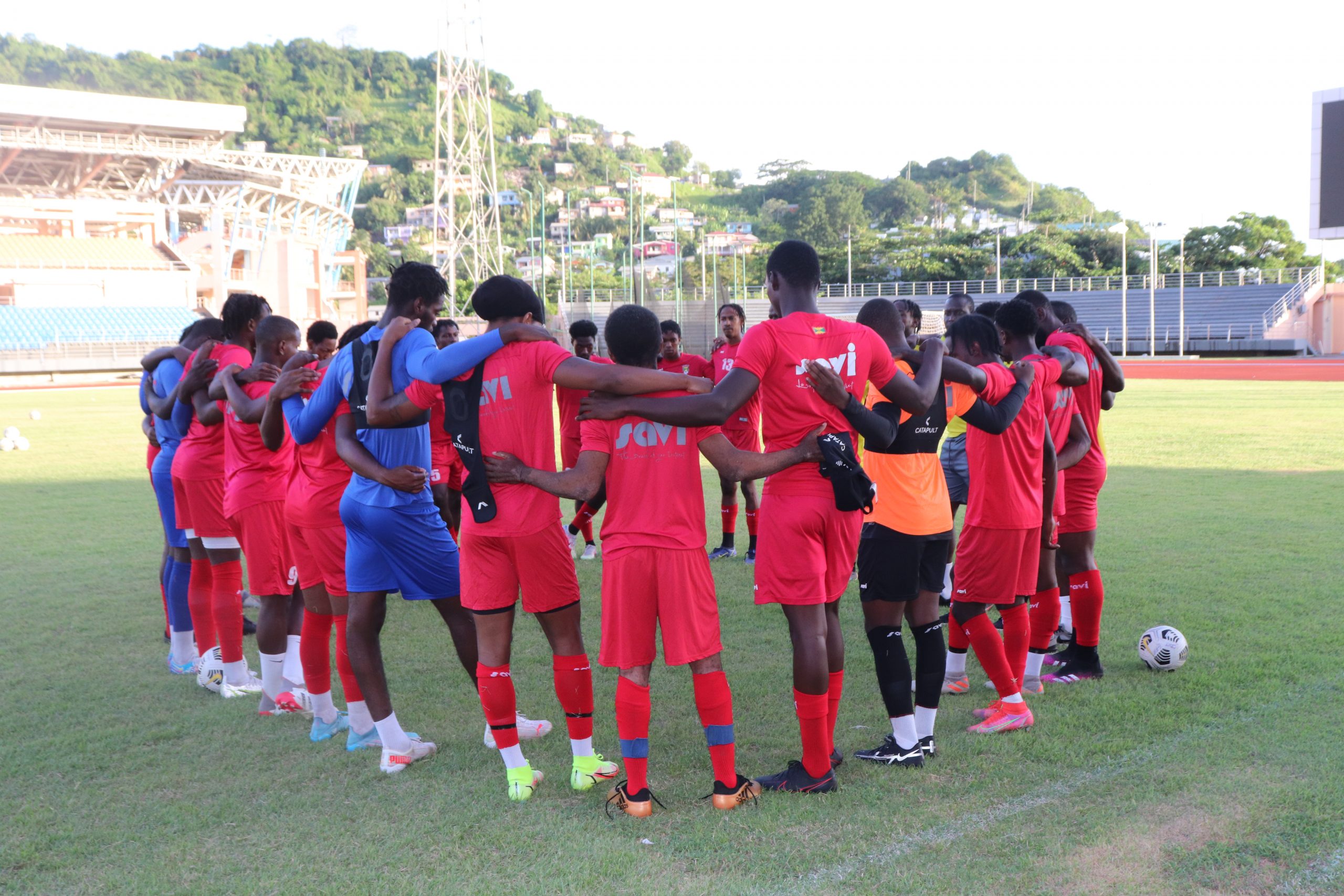 Over 30 local players were engaged in intense fitness and tactical training, Mondays to Thursdays at the Kirani James Athletics Stadium and over the weekend they participated in a team building and training camp in St.George’s from which the final team was picked. The camp involved tactical sessions, beach recovery activities and a practice match against Queen’s Park Rangers which the Senior Men’s National Team won. GFA Fitness and Performance Coach Claudio Altieri has been working closely with the players to ensure top form for the historic encounter.

The fully local squad led by Interim Head Coach Anthony ‘Nixon’ Modeste is a balance of youth and experience with the average age of players being 23 with 11 players under the age of 23. Players who represented Grenada in the last Concacaf U20 Boys Tournament in 2021 are on the final squad including Shamrock FC’s Deanroy Phillip, GBSS’ Ethan Telesford and Queen’s Park Rangers’ Benjamin Ettienne and Trishawn Thomas.

Coach Modeste, a former National player, is very happy with the team’s progress. He said, “ The team is very excited to play in Carriacou for the first time and we have seen solid improvements in their fitness. We expect great things.” 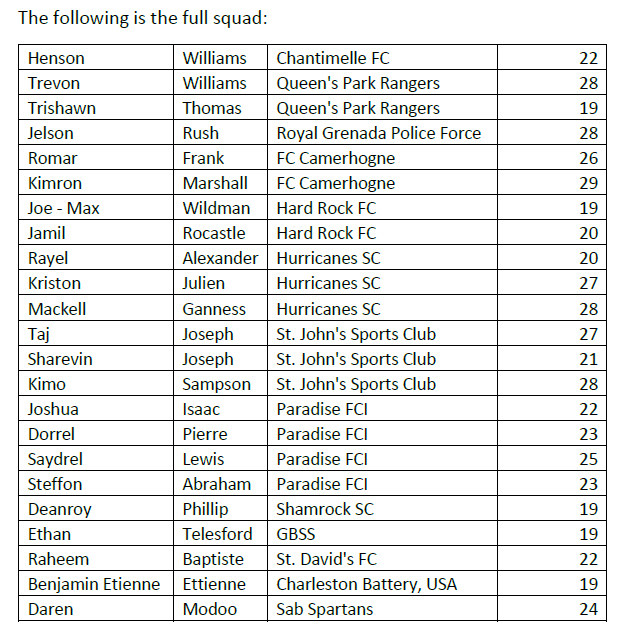 The GFA has partnered with the Tyrrel Bay Express to give fans in Grenada an opportunity to witness the historic international friendly. Return tickets cost EC$75 and the boat boards (Caricom Jetty) at 10 am and leaves Grenada at 11am on Saturday September 24 for Carriacou with a top DJ on board. Ticket holders will enter the venue free. Following the match, a mini soca show will take place featuring surprise artists from Grenada. For the people of Carriacou, tickets cost $10 EC per adult and $5 EC for children below the age of 12. For more information, interested parties can call the GFA at 440-9903.