Buju heads to Grenada next, where he will perform during the busy Mother's Day weekend.

Jamaica-star.com: Buju Banton’s publicist, Ronnie Tomlinson, says the entertainer will not allow anything to distract him while he continues the Long Walk to Freedom (LWTF) tour throughout the Caribbean.

Tomlinson’s statement comes after members of Trinidad’s police force visited Buju Banton’s hotel room with a search warrant less than 24 hours before he was to make his appearance at the LWTF concert in the country.

The reggae artiste took to Instagram to share the incident with fans, and it caught the attention of Trinidad Commissioner of Police Gary Griffith, who met with the entertainer to say sorry. In addition to visiting Buju at his hotel room, the commissioner attended the concert that was held at the Queen’s Park Savannah, Port of Spain, on Sunday evening to make a public apology.

“For the next six weeks, Buju has a non-stop schedule of shows each week and then a week off. And he is back again with shows in Europe also added to his LWTF tour with the intentions focused on connecting with all his fans. Buju is definitely ready to perform and is receiving tremendous love from his fans everywhere,” Tomlinson told THE STAR.

She said that Buju has jumped back on the “tour horse” well, considering the long journey and break from being on stage. 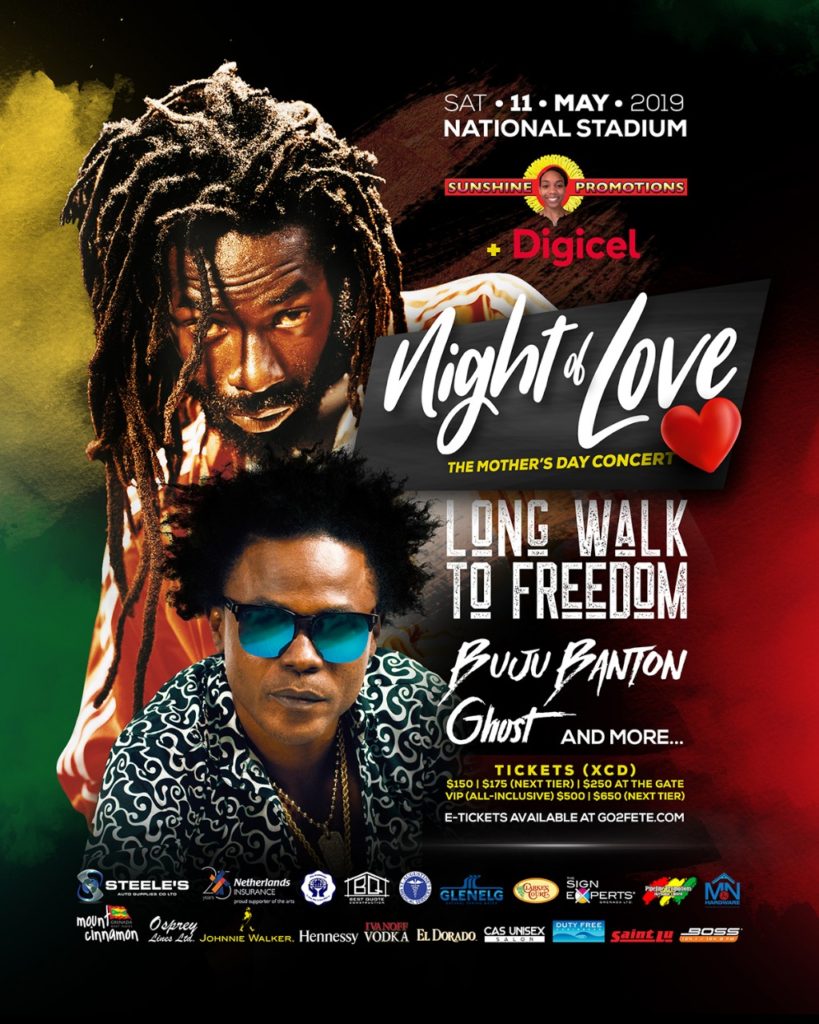 “He has stuck to his workouts and continues to eat properly. That helped him to stay focused. His touring schedule in the past was always one that was always very jam-packed, so there were definitely regimens and routines he had in place that he has re-implemented now,” she said.

Buju heads to Grenada next, where he will perform during the busy Mother’s Day weekend.

“Like many of the other islands, we expect to see supporters come out in their numbers, and he looks forward to taking them on a journey down memory lane, performing hits after hits after hits,” she said.

“For Buju, there is always a special moment in his performances. And, so far, Jamaica, Bahamas and Trinidad were three totally different sets. While we are not sure what the promoters may have in store, we urge persons to come to any of the LWTF shows, and if you are in Grenada for Mother’s Day Weekend, it will be a Mother’s Day you will never forget.”